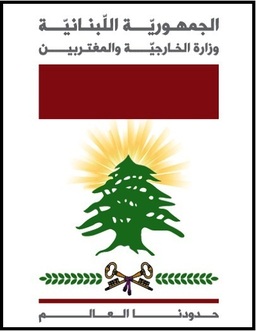 Lebanon’s Foreign Ministry on Sunday slammed as “unfounded” allegations published in the American Foreign Policy magazine claiming that Hassan Hijazi, the Lebanese charge d’affairs in Asunción, Paraguay is attempting to block the extradition of an alleged Hizbullah financier to the United States, the Ministry said in a statement.

“An article published in the FP magazine, in which the charge d’affairs in the Embassy of Lebanon in Paraguay, Hassan Hijazi, is accused of obstructing the return of a citizen to the United States on charges of drug trafficking and laundering of funds for Hizbullah is inaccurate," the Ministry said in the statement.

The statement added “the duty of the diplomat is to follow up the consular affairs of the community. The content of the article, linking the intervention of the Chargé d'Affaires and Foreign Minister Jebran Bassil to the case are unfounded and irrelevant to reality.”

The Ministry urged “media outlets to stick to accuracy before publishing any piece of information.”

FP magazine published an article on June 15 alleging that the “Lebanese Embassy in Paraguay is attempting to block the extradition of Hizbullah financier Nader Mohamad Farhat.”

It claimed that on “May 17, Paraguayan authorities arrested Farhat for his role in an alleged $1.3 million drug money laundering scheme. Farhat is alleged to be a member of the Business Affairs Component, the branch of Hizbullah’s External Security Organization in charge of running overseas illicit finance and drug trafficking operations.”

What is the foreign ministry doing for Nizar Zakka abducted by the Iranian regime?

Why is Gibran Bassil protecting a drug dealer and terrorism sponsor in Paraguay? Why isn’t the wanted thug in the USA already?

This magazine wouldn't publish it if the Israeli authorities didn't think it would help confuse the issues by blaming the victim.

chrisrushlau wouldn't write such BS if he didn't think it would help confuse the issues by blaming the magazine. He's learned from his great Zionist racist president that attacking the media works wonders in the illiterate hick community.

Laugh Out Loud, aka LOL
Say it again Chris!

so your shia drug dealer and money launderer is now the victim, eh?

patriotic and southern are the same with the same collars!

Never has Lebanon seen an Iranian Foreign Minister who denies so much as this one, ever!

Down with Zionism and up with the beaceful Iranian regime. The same regime that treats its bebul with dignity and has nothing but love to brobagate around ze world. Meanwhile I need a bebsi.

The shia of nassrallah aka ashraf nass

Be truthful, have you ever met someone called Jaafar who left a positive impression on you?

Frankly, I haven’t. I’m still hoping to meet that good person, I may be very naive and utopian but I won’t give up, yet :)

that is the filth that is also referred to as the 'resistance'.

No one had denied that Paraguayan authorities have arrested Nader Mohamad Farhat for his role in an alleged $1.3 million drug money laundering scheme and for belonging the branch of Hizbullah’s External Security Organization in charge of running overseas illicit finance and drug trafficking operations. Or that the U.S. authorities want to extradite Farhat to the US on charges of drug trafficking and laundering of funds for Hizbullah.
The only real problem the Foreign ministry has is the linking the Chargé d'Affaires Hijazi and Foreign Minister Bassil to the case. And the only problem the Hizbullah fanboys have with this case is that it was reported in the Lebanese medias for all the Lebanese people to see.

You keep pissing on the army and the US keeps helping it, that's not very patriotic of you.