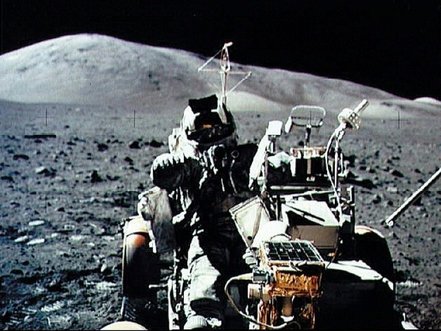 An Israeli organisation announced plans Tuesday to launch the country's first spacecraft to the moon in December, with hopes of burnishing Israel's reputation as a small nation with otherworldly high-tech ambitions.

The unmanned spacecraft, shaped like a pod and weighing some 585 kilogrammes (1,300 pounds) at launch, will land on the moon on February 13, 2019 if all goes according to plan, organisers SpaceIL told journalists.

It will be launched via a rocket from American entrepreneur Elon Musk's SpaceX firm and its mission will include research on the moon's magnetic field.

Its first task however will be to plant an Israeli flag on the moon, organisers said.

The project began as part of the Google Lunar XPrize, which offered $30 million (25 million euros) in prizes to encourage scientists and entrepreneurs to come up with relatively low-cost moon missions.

An Israeli team that later became known as SpaceIL decided to join the fray and eventually partnered with state-owned Israel Aerospace Industries.

The Google prize expired in March without a winner having reached the moon, but Israel's team pledged to push forward.

The private initiative is expected to cost some $95 million, largely supported by Israeli billionaire Morris Kahn.

"It's going to show the way for the rest of the world" to send a spacecraft to the moon at a reasonable cost, said IAI's Ofer Doron.

When it lands on the moon, I presume that Iran and the Palestinians will both demand meetings of the UN Security Council each of them claiming that Israel has occupied part of their territory.

Phillipo ... What am assenine remark. Only an extremist would deny that Israel occupies Palestinian land and ethnically cleansed large part of the Palestinian population.

Though I lean very often in Israel’s favor for many topics, ArabDemocrat is 100% accurate.

I expect from Israelis some intellectual integrity. These Palestinians are descendants from a melting pot of local populations, which includes the Israelites.

s.o.s. you are right
D.N.A. tests and old houses prove that the Palestinians are originally ethnic Jews