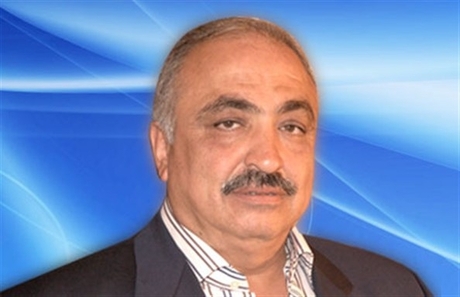 All ministers who have led Lebanon’s energy ministry since the year 2002 have failed to find a solution for the problematic sector of electricity, al-Mustaqbal MP Mohammed Hajjar said on Monday.

“The entire energy ministers since 2002 until today have not been able to fix the electricity crisis,” he told LBCI station in an interview, noting that corruption is the main reason delaying any possible progress in the file.

Pointing out to the extent of public funds’ squandering and corruption in the State’s institutions, he said: “Some political parties have the mafias of generators and fuel (businesses) covered.”

Under a deal with the government, the ship will supply Lebanon with 200 additional megawatts that will be free of charge in the first three months.

Hajjar said the ship was received in Lebanon “on condition that the Jiye thermal power production plant be dismantled in order to protect the area from pollution.”

But later on Monday, it was reported that the ship was banned from docking in Jiye. No further details were reported.

Lebanon has been plagued with power outages since the 1975 civil war. Efforts to find a solution for its long time crisis have all failed in light of disagreements among political parties over the means to tackle the problem.

When German Angela Merkel visited Lebanon this past month, she brought with her high ranking officials of Siemens. A meeting at the Center house was held between the delegation and Energy minister Abi Khalil in the presence of Hariri and Merkel. The German delegation presented a plan that would provide Lebanon with power including distribution within 6 months.

After the meeting ended, Abi Khalil mocked the German plan and the Siemens executives and stated his plan was much better and more effective.

haven't you heard of Lebanese engineering??!!

Caesar Abu Khalil is a genius, walaw. We all know that the Siemens engineers bought their diplomas from AUB, LAU, you name it.

sorry to correct you; it is 'boughted' not bought!

and why didn't you and your Future movement from the past intervene to correct the situation?

another good for nothing mustaqbal mouthpiece

He looks like something that belongs to a Bizarre road show.