Japan, Home of the High-Tech Loo, Hopes Basic Toilet Can Save Lives 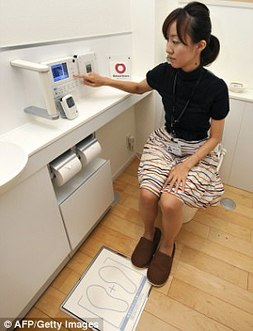 Japan may be famous for high-tech toilets, but one local firm is hoping a much more basic model can help solve deadly sanitation problems in developing countries.

More than two billion people around the world do not have access to basic sanitation facilities, and children are especially susceptible to diseases that can spread without hygienic toilets.

Household products firm Lixil has developed a latrine that sells for just a few dollars and features a self-sealing trapdoor to keep out disease-spreading insects, and seal in unpleasant odours.

Now it is forming an unusual partnership with the UN's children's agency UNICEF, which will help promote the company's SATO toilet in the hope of saving lives in developing countries.

Under the partnership, UNICEF will promote the SATO toilets in Ethiopia, Kenya, and Tanzania, Lixil president Kinya Seto said, with the aim of helping 250 million people gain access to an adequate toilet by 2021.

About 2.3 billion people worldwide do not have access to basic sanitation facilities, including 892 million people who have no choice but to defecate in the open, according to UNICEF.

"In fact, each and every day, dirty water, poor sanitation and poor hygiene results in the death of around 800 children under the age of five.

"That translates into two children every minute."

Lixil has already sold around 1.8 million SATO toilets in 15 countries since releasing the product in 2013.

But Seto said it hoped to expand further and capitalise on UNICEF, "which has credibility and a network around the globe that we don't have,... to give children access to toilets."