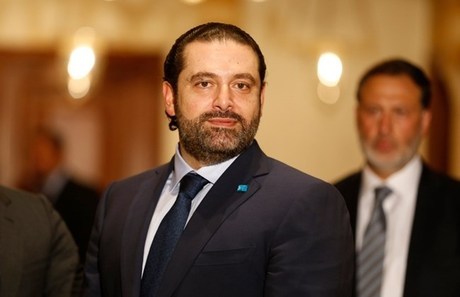 The Lebanese Forces party said the formation of the Cabinet has been delayed because of “domestic obstacles,” noting that quests to include a clause in the ministerial statement calling for naturalization of ties with Syria was what prompted Hariri to raise the "red card," the Saudi Asharq al-Awsat daily reported on Thursday.

“The major obstacles delaying the Cabinet lineup are still internal ones,” a senior LF source told the daily on condition of anonymity.

He said Prime Minister-designate Saad Hariri has “waved the flag of resignation” in the face of advocates calling for restoration of ties with Syria.

Hariri’s remarks against restoration of ties with the neighboring country came “in answer to questions on a possibility to include the naturalization of ties with Syria in the ministerial statement,” added the source.

The source stressed that Hariri “has conveyed a strong message and has drawn red lines for all political parties to make them respect their limits and apply (the agreed) dissociation policy.”

On Tuesday, Hariri said he does not agree to restoration of ties with the neighboring country and that a new government “will not be formed” should the pro-Damascus camp “insist on that.”

“If others insist on restoring Lebanese-Syrian ties from the gateway of the reopened Nassib border crossing, then the government will not be formed,” Hariri said, referring to a key border crossing on the Syrian-Jordanian border that has been recently recaptured by Damascus.

Hariri “waved the red card, the government resignation, if anyone tries to restore those ties,” added the source.

Pointing to remarks made by Hizbullah leader Sayyed Hassan Nasrallah on Tuesday, the source said the man did not say “we want restorations of ties. He only said positions must not be rushed and that we better wait for the developments coming ahead,” in Syria.

Hariri was tasked with forming a new government on May 24. His mission is being hampered by political wrangling over shares, especially over Christian and Druze representation.

He’s bluffing, he’ll bend the knee eventually. We lost hope for a good and loyal to Lebanon Lebanese government.

Assad is only still there at Putin's pleasure and can be removed without further notice when he's no longer of use to him.

Its for the same reason we cannot have normal relations with Israel ya Ali. They are both against a sovereign Lebanon.

Ya iraní, countries expel ambassadors or cut diplomatic relations all together for spying. Syria sent terrorists to Lebanon, killed civilians, bombed our cities and villages, sent Smaha with explosives, killed our politicians and occupied our country for 30 plus years and you want to have 'good' relations with Syria?!!!!

Only a shia would say that

"Mystic 19 hours ago
Why should we not have good relation with Syria? "

We should but not with this criminal evil regime.

Have normal relations with Syria or else

Lebanon nedds a Cabinet that promoted the Syrian ties...Lebanon have 2 million of meca refugies...Lebanon...Hariri is boycotting the relations Lebanon+Russia....the Plan of return of the refugies implicated naturaly the restore of Diplomatic Relations betewen Syria and Lebanon in the level of State !!! ...the Plan of the Saudis for the return of the refugies in Lebanon is better than plans of the Russians !!!??? ..