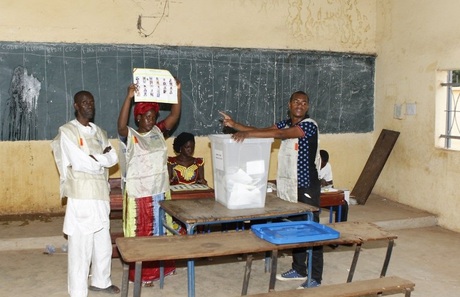 Nearly three months after a disputed presidential run-off, Malians will go to the polls again in legislative elections on October 28, officials have announced.

"The electoral college has called for the election of deputies to the National Assembly on October 28, 2018, throughout the national territory," the government announced.

A second-round election is scheduled for three weeks later on Sunday November 18 in constituencies where no candidate receives an absolute majority of the votes.

The announcement comes after the opposition candidate for the presidency refused to accepted the results that handed a second term to President Ibrahim Boubacar Keita.

But the Constitutional Court rejected Cisse's petition against the result as being inadmissible or unsupported by evidence.

The letter, a copy of which AFP obtained, was addressed to the African Union, the United Nations and the Economic Community of West African States (ECOWAS).

According to a security source, Boro, who was not yet released as of Tuesday evening, was accused of providing youths with arms before an opposition demonstration.

Drame alleged that the arrests were made by a parallel police force controlled by the regime.

A government spokesman was not immediately available for comment.