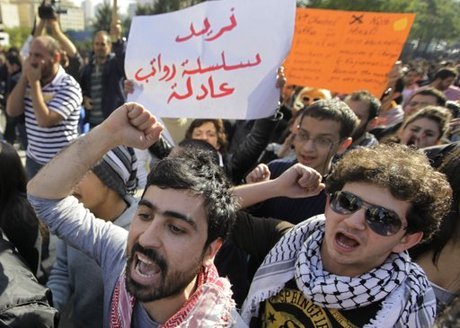 The wage scale for civil servants and armed forces is back to the spotlight amid reports alleging it could be “cancelled” due to “inaccurate cost estimations, and failed methods of funding,” al-Joumhouria daily reported on Friday.

The daily said that estimated revenues to fund the scale came much lower than expected.

However, canceling the scale could restore tension to the street, amid warnings voiced by Head of Lebanon's General Labor Union Beshara al-Asmar.

In remarks he made on Thursday, al-Asmar threatened of “an immediate strike in the public sector, public institutions and the Lebanese University.”

However, according to a legal source, the legal effects of such a decision can’t be underestimated because the scale has legally become an acquired right of employees, “employees can prosecute the State shall these rights get nullified,” he said.

Public sector employees assert that “the scale is not responsible for the accumulation of public debt and the danger of collapse.”

The Parliament passed in July, 2017 the public sector’s wage scale hike bill although the parliamentary blocs were divided over the resources to fund it.