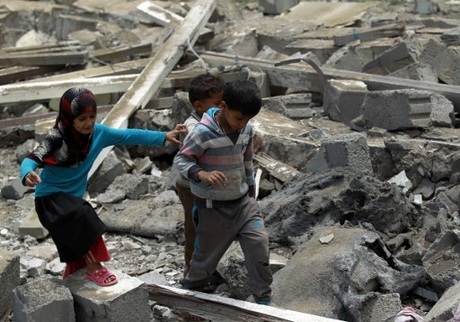 Finland announced late on Thursday it will block new arms export licenses to Saudi Arabia and the UAE, citing the murder of a Saudi journalist and the countries' role in Yemen's humanitarian crisis.

The suspension mirrors earlier decisions by Denmark, Norway and Germany to halt arms sales to Saudi Arabia for the time being over the killing and over the kingdom's part in Yemen's war which has left 14 million people facing starvation, according to the U.N.

"The situation in Yemen was behind this decision, but of course (the murder of Khashoggi) was part of the overall rationale," Prime Minister Juha Sipila told state broadcaster Yle.

A Saudi and Emirati-led coalition has been conducting air strikes on Yemen since 2015. U.N. investigators have accused the regimes of possible war crimes, including killing thousands of civilians, torturing detainees and recruiting child soldiers.

In September the website News Now Finland uncovered video evidence that Finnish-made armored vehicles, some fitted with Russian heavy weapons, were being used by Emirati forces in western Yemen, the scene of some of the war's fiercest fighting.

Finland had claimed that all weapons exports to the region were in line with EU rules.

Finnish arms exports to Saudi Arabia totaled 5.3 million euros in 2017, down considerably from 51.4m of sales in 2014, according to the think tank SaferGlobe.

On Thursday Sipila described the situation in Yemen as "catastrophic."

"Any existing licenses (in the region) are old, and in these circumstances we would absolutely not be able to grant any new ones," he said.

At the time, Berlin called for EU countries to follow its lead, prompting a dismissive response from French President Emmanuel Macron.

On Monday, Germany decided to bar 18 Saudis from entering its territory and Europe's Schengen passport-free zone over their alleged links to the murder of the U.S.-based Saudi journalist Jamal Khashoggi.

Khashoggi, who wrote for The Washington Post and had been critical of Prince Mohammed, was lured to the Saudi consulate in Istanbul on October 2, killed and reportedly dismembered.

After lengthy denials, Saudi authorities admitted responsibility and said 21 people had been taken into custody. However, a CIA analysis leaked to the U.S. media went further, reportedly pointing the finger at the crown prince.