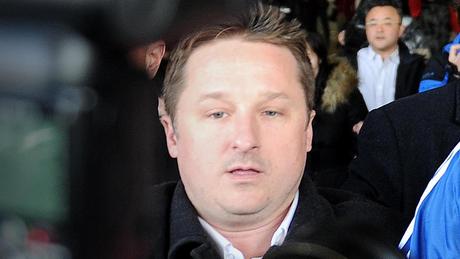 A third Canadian citizen has been detained in China, a Canadian newspaper reported Wednesday, amid a diplomatic spat between Beijing and Ottawa over the arrest of a Chinese telecom executive.

Canada's foreign ministry said it was "aware of a Canadian citizen" having been detained, according to the National Post, which cited a ministry spokesperson.

The spokesperson did not provide further details and did not suggest that the detention was linked to the arrest of Huawei chief financial officer Meng Wanzhou, the report said.

Chinese foreign ministry spokeswoman Hua Chunying told a regular press briefing that she had "not heard" about the reported detention.

The recent detentions of two Canadians has raised suspicions that Beijing is holding them in retaliation for Meng's December 1 arrest, though no link has officially been made between the cases.

Meng was released on bail last week in Vancouver pending a US extradition hearing on US fraud charges related to sanctions-breaking business dealings with Iran.

They were both detained on December 10.

Beijing has threatened Canada with "grave consequences" if Meng is not freed and Chinese state-run media has lashed out at the arrest, saying it was politically motivated.

Ottawa has repeatedly said the arrest was not political but rather a judicial process in keeping with an extradition treaty with Washington.

But despite escalating tensions between the two countries, the Canadian embassy in China does not seem to be holding back.

On Tuesday it posted a commemoration of the 10th anniversary of Charter 08, a widely circulated online petition that called for political reform in China, on Chinese social media.

Nobel Peace Prize Laureate and dissident Liu Xiaobo, who died last year from liver cancer while in police custody, was arrested after co-authoring the petition, which urged protection of basic human rights and the reform of China's one-party system.

More than 1,300 people "shared views before (the) comment section was shut down", wrote the Canadian embassy on its Twitter account on Wednesday, which included a link to the Nobel Prize's Liu page. "Violation of article 35 (freedom of speech) of China's own Constitution?"

Canada has an obligation to examine the legal basis of extradition requests.

Canada was part of the Trans Pacific Partnership, which excluded China, and which was designed, said the Financial Times, to "weaken and isolate" China, and the FT quoted Obama, "Why should China make the rules? We should make the rules." That is, Obama did not want China to have a say in making "the rules".