Qobeissi Warns of Repercussions over Libya Attendance of Beirut Summit 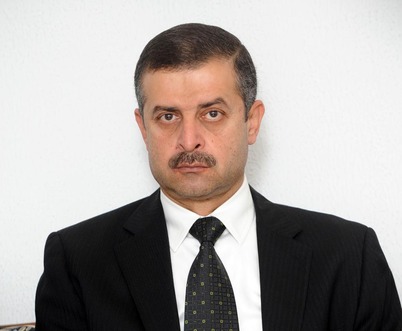 MP Hani Qobeissi of the AMAL Movement warned Friday that Libya's participation in an upcoming economic Arab summit in Beirut might have severe consequences.

“The participation of the Libyan delegation in the economic summit will open the door to all possibilities,” Qobeissi warned in an interview with al-Jadeed TV.

“We will not remain silent over the insult against our imam, Moussa al-Sadr,” the MP added, referring to a revered Shiite cleric who disappeared while on a visit to Libya in 1978. Sadr is the founder of the AMAL Movement.

And in a jab at caretaker Justice Minister Salim Jreissati, Qobeissi said raising the issue of pardoning Hannibal Gadhafi, who is detained in Lebanese prisons, carries “an insult to the entire Shiite sect.”

Hannibal is the son of slain Libyan strongman Moammar Gadhafi, who is blamed for Sadr's disappearance.

Qobeissi said raising the issue of pardoning Hannibal Gadhafi, who is detained in Lebanese prisons, carries “an insult to the entire Shiite sect.”

and your worthless shiite existence is an insult to the entire human race.

Qobeissi doesn’t sound Lebanese at all. He should return to the country of his origins!

This fallacy that the Amal Movement and it's leadership and members and supporters that still believe that Imam Sadr is alive somewhere needs to stop once and for all.

Qaddafi was secularist and an arab nationalist, why in the world would he invite a shiite cleric of all places to Libya. I'd like that explanation from Amal.