U.S. Counterterror Official: There Have Been Sympathetic Groups to al-Qaida in Lebanon for Years 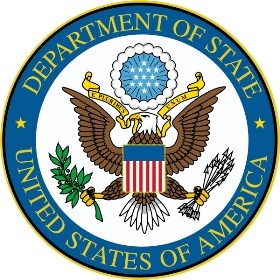 A top U.S. counterterrorism official has admitted that there are “sympathetic groups to al-Qaida in Lebanon” but refused to comment on allegations made by the Lebanese defense minister about the operations of militants in the eastern border town of Arsal.

“We’ve seen the reports, and I don’t have any further comment on them,” said Daniel Benjamin, Coordinator for Counterterrorism at the Department of State, in a special briefing on Wednesday.

“We certainly know that there have been sympathetic groups to al-Qaida in Lebanon for many years,” he added.

He recalled that the Lebanese army had clashed with al-Qaida-linked Fatah al-Islam militants in the northern Palestinian refugee camp of Nahr al-Bared in 2007.

Controversy erupted in Lebanon last month after Defense Minister Fayez Ghosn said al-Qaida members were operating in Arsal and had been crossing the Lebanese-Syrian border.

“It is certainly true that there have been elements like that in Lebanon over the years,” Benjamin said, adding: “Whether that had anything to do with what’s going on in Syria is another matter entirely.”

Asked if he thought that al-Qaida was behind twin explosions in Damascus last month, he said: “I don't know. We don’t have anything conclusive on that.”

The Syrian regime has accused elements of al-Qaida of carrying out the bombings that left 44 people dead.

But this guy is Jewish so he could be part of the Americano-Zionist machine so how can we trust him? Of course M8 supporters will believe because they are selective on what they believe from whom...

sweating...this guy is an American Jew and you believe him?

lol....the masters of zionists and march 14 admitted there are al qaida presence in lebanon, while march 14 and zionist tried to conceal that.

nothing can convince the people in hallucinatory denial

if the industrial complex who think they can set time and clocks every where admit there is al qaeda, then those losers here who follow them cannot deny and conceal. They must be on something more strong than lsd

Was Ghosn warning us about Hassin?
Nasrallah eulogising al-Qaida Sympathiser Yakan: "Lebanon is witnessing a difficult, complicated and dangerous phase that needs someone with Yakan's courage, devotion and commitment. We will continue on the same path. We are required to work toward spreading out the resistance in the Muslim arenas as Yakan wished."
Yakan: "There is no doubt that Sheik Osama bin Laden has a high level of faithfulness, trustworthiness, and transparency. He is faithful to his religion and to Jihad for the elevation of the word of Allah. There have been many rumors that he is an US creation, and that all that is happening is the result of scenarios concocted by him and US.. that this is totally untrue.. This man has a pure, honest and believing personality. He defends all that belongs to Islam and who renounces anything that is not Islamic, and therefore, he is a man after my own heart".

there are alqaida sympathatic groups in america as well for many years,shame on you obama

my fanclub is trying hard, but sometimes it finds it difficult to make readable sentence.

the filthy zionist information war department heard our defence minister talking about al qaida and somehow, in their sick mind, they believed that the leader of our glorious resistance is connected with them.

hassin's own words connects him to al qaida

In other words, we, the US, flip and flop on the labeling of such groups depending on our need to work with them and have them execute portions of our filthy policies wherever that need might be.

ATTENTION!!! This just in:

Jabal Habal is a homeless vagrant! He lives at Internet cafe's and suffers from a multiple personality disorder as witnessed by his use of multiple screen names and conversing back and forth between them. It seems he is tethered to the Internet as he is available to comment on any article at any given point in time. Apparently jobless and homeless, he panders on the street for pocket change in order to afford his Internet addiction and obsession with Zionists which coupled with his M14 derangement syndrome has driven him insane.

This sad story repeats itself daily impacting many youths in Dahyieh as they are deprived from education and morality and taught to defile and twist Islam into an ideology of hate and oppression.