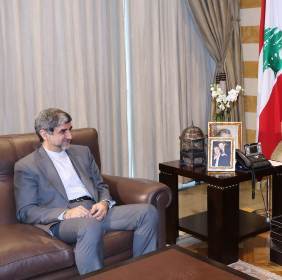 The PM is simply trying to show that he is in control here asking when Iran will release the so called political prisoner(s). Firzouni is by defacto the ruler in Lebanon so he can tell the usurped PM what to do and when to do it.