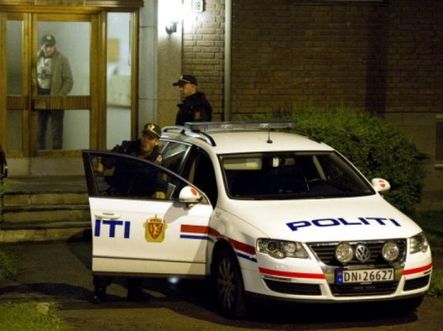 Norwegian police said Friday they were investigating a knife attack in Oslo by a suspected assailant from Russia as a possible "terror-related" act.

On Thursday a man stabbed a woman in a shop in central Oslo n broad daylight. The woman is in critical but stable condition in hospital, and the suspect was arrested shortly afterwards.

"There are reasons to examine whether the knife attack was terror-related and the investigation will try to clarify this," Benedicte Bjornland, the head of Norway's domestic intelligence service PST, told reporters.

The suspect is a 20-year-old Russian national who arrived in Norway on Thursday from Russia, via Sweden, she said.

He was not previously known to Norway's intelligence services.

The PST was brought into the case because of information that emerged during police questioning of the suspect on Thursday.

"He said he wanted to kill people and that it was an act of terrorism," Bjornland told local media.

The PST said nothing indicated that other people were involved or that other attacks were planned.

It also said it was evaluating whether to raise the threat level in Norway. In an assessment published in 2018, the PST said it was "possible" an attack inspired by radical Islamism could take place in the country.

If the attack were to be confirmed as a case of radical Islamism, it would be the first in the Scandinavian country.

Norway remains marked by the July 2011 attacks by rightwing extremist Anders Behring Breivik, who killed 77 people when he set off a bomb near government offices in Oslo before opening fire at a summer camp for the youth wing of the Labor party on the island of Utoya.