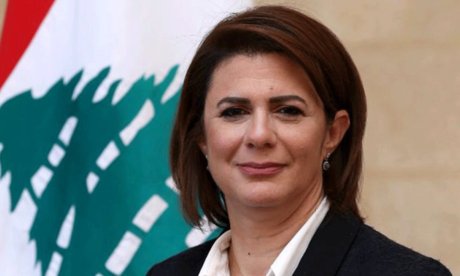 Divisions in Lebanon over the controversial issue of authorizing civil marriage lingers on, as Interior Minister Raya al-Hassan vowed "with Prime Minister Saad Hariri to raise the issue with religious authorities."

Debate over the issue has not subsided since Friday when Hassan vowed in an interview to Euronews to raise the issue.

Polls created by activists on social media showed broad support for “optional civil marriage.” Although deliberations showed encouragement, but everyone doubted a solution would be found, given that clerics would oppose it.

“I will try to open the door to a serious and deep dialogue on this issue with all religious and other authorities, and with the support of PM Hariri until civil marriage is recognized,” Hassan said in her weekend interview to Euronews.

In 2015, former Interior Minister Nouhad al-Mashnouq refused to approve the registration of contracts of civil marriage performed in Lebanon despite coming under pressure.

Most faiths in Lebanon have their own regulations governing marriage, divorce and inheritance, and mixed Christian-Muslim weddings in Lebanon are discouraged unless one of the two converts.

Lebanese authorities have all along recognized civil marriages registered abroad, and it has become common for mixed-faith couples to marry in nearby Cyprus.

Civil marriage causes personal connections to develop between Lebanese people of different faiths. This would be a great first step into forming strong personal relations between all lebanese, allowing us to work together and support eachother as family no matter the sect.
This should eventually eliminate the fear, hate and "racism" that are caused due to the sectarian divisions we have in Lebanon. Ultimately this would allow the Lebanese people to thrive together hand in hand as brothers and sisters rather than enemies within the boarders of one country.
Civil marriage would be very ood for Lebanon in the long run and anyone against this is an Israeli agent... :)

I am confused...why do we need clerics approval

Hezbollah will not allow civil marriage and will veto any legislation to permit it.

How can you control people in mass if you dont have religious zealots telling them what the Gods will frown upon? Each and every religion in Lebanon controls its flock through this control and they would frown upon this as against their faiths teachings. After all they are better than the other religions and their Gods are so good that Lebanon is heaven on earth! Every civilized country out there looks upon us and laughs and we deserve every bit of it.