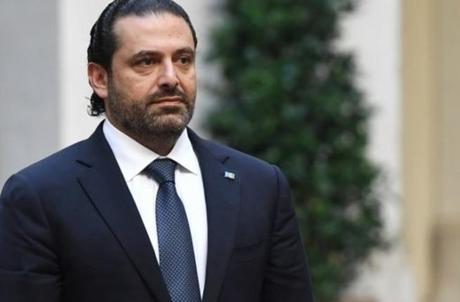 State Minister for Refugee Affairs Saleh al-Gharib on Tuesday declined to reveal whether or not he was “summoned” to the Grand Serail by Prime Minister Saad Hariri over his Monday visit to Syria.

“I visited Syria yesterday and after my return, I requested a meeting with President Michel Aoun to brief him on the outcome of the visit, and I also requested a similar meeting with PM Hariri,” Gharib told reporters after the meeting.

“We have called, and we will keep calling for pulling this (refugee) file out of political bickering, and such a delicate issue requires us all as Lebanese to have an approach that takes Lebanon's interest into consideration before anything else,” the minister added.

Asked whether he violated a decision prohibiting any Lebanese minister from visiting Syria without coordinating with the prime minister, the minister said: “The premier always says that he puts Lebanon's interest first and he is approaching all topics, such as the refugee file and other issues, with a lot of positivity, taking into account Lebanon's interest before anything else.”

As for the stance of Syrian officials on the refugee file, Gharib said: “They were positive and expressed a big desire to offer a lot of facilitations and I hope a paper will be devised soon.”

LBCI television had earlier reported that the minister was "summoned" by Hariri to the Grand Serail.

Gharib had visited Syria on Monday at an official invitation from the Syrian side. He told reporters that Hariri was "in the picture" of the visit, a claim categorically denied on Tuesday by sources close to the premier.

The issues of restoring full ties with Damascus and the repatriation of Syrian refugees are highly controversial in Lebanon.

so I am guessing the "strong" PM will issue Ghareb el 3jeeb a parking fine and a letter banning him from the country golf club all through the winter season!
Alternatively they will have some tawooq and a couple of arghilis and a few selfies and all will go well.....