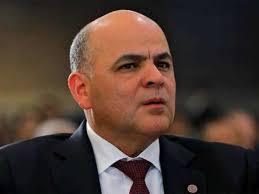 Venezuelans resumed work Thursday after a weeklong hiatus forced by an unprecedented nationwide blackout, but President Nicolas Maduro's government faced fresh problems including a "terrorist attack" on an oil facility.

Quevedo blamed Guaido, the head of Venezuela's opposition-ruled congress and self-proclaimed interim president backed by 50 countries, accusing him of collusion with the United States.

"There was a terrorist act that we denounce at an international level," Quevedo told the VTV network.

On Twitter, the minister said Guaido and the opposition were "intensifying terrorist incursions" against the state-owned oil company PDVSA to impact Venezuela's vital crude exports.

"Traitors!" he wrote, adding "the U.S. has decided to rob Venezuela of its oil resources... (and) wants blood to flow."

There was no immediate US reaction to the Caracas accusations.

U.S. Secretary of State Mike Pompeo said in a statement that all American diplomats had departed Venezuela on Thursday after being ordered out early this week.

He also told Venezuelans in a video posted on Twitter: "We're with you, we're with interim president Juan Guaido. If you all stay the course, and I know that you will, the American people will too."

The U.S. State Department meanwhile announced that Washington has revoked the visas of an additional 340 people close to Maduro, bringing the total to more than 600 since late 2018.

In Caracas and other cities, Venezuelans who had been prevented from working for a week because of the blackout returned to their activities as best they could after power was restored.

The government called all public sector employees back to their offices, but state schools remained closed for another day.

Long lines formed in the capital for the few buses running, and in front of banks. The city's subway, which usually transports two million people daily, was partly operating, and extremely crowded.

The resumption marked a degree of relief after the lack of electricity, which deepened Venezuela's long economic crisis.

But things were far from normal, with many shops remaining shuttered. The national industry federation Conindustria said it would take several days for some activities to come back.

"During the blackout, we didn't open," Carlos Zuniga, a 23-year-old employee in a shoe store, told AFP.

"Business is bad. In a crisis on this scale, people don't buy shoes when they are looking for water and food," he said.

According to an economic analysis firm, Ecoanalitica, the blackout cost Venezuela $875 million and paralyzed industry, including the all-important oil sector.

Maduro accused the U.S. of causing the power outage. Experts said that was unlikely and years of infrastructure neglect and a persistent brain drain of qualified engineers was more probable.

Maduro refuses to do so. He has backing from Russia and China, which have invested tens of billions of dollars in Venezuela, as well as Cuba and Iran.

In a sign of the fraying diplomacy concerning Venezuela, dozens of officials from Latin America, as well as the US, Canada and some European countries, walked out of a UN convention in Austria on the issue of drugs as Venezuelan Foreign Minister Jorge Arreaza took the podium.

A spokesperson for the US delegation said Arreaza and his team "represent the illegitimate government of Nicolas Maduro, and thus cannot be considered as speaking on behalf of the Venezuelan people."

Arreaza said in his speech that the US "has threatened our people with a military aggression" and was taking "unilateral economic steps" in the form of sanctions costing Venezuela billions of dollars.

Those sanctions have impacted other buyers of Venezuelan crude.

"Our US subsidiary has completely stopped all business with Venezuela's state-owned oil company, PDVSA, and its global parent has not increased crude purchases," Reliance said in an emailed statement.

"Reliance has halted all supply of diluent to PDVSA and will not resume such sales until sanctions are lifted," added the company, which is owned by India's richest man Mukesh Ambani.