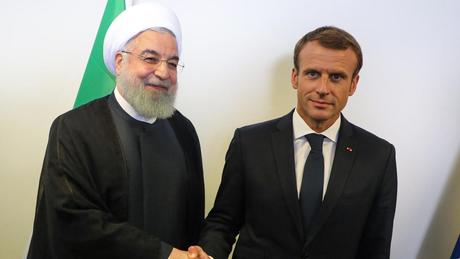 In a telephone conversation, Macron urged Rouhani to "avoid any escalation or destabilisation of the region," the French presidency said in a statement.

President Donald Trump called the unit -- which has some 125,000 troops and vast interests across the Iranian economy -- Tehran's "primary means of directing and implementing its global terrorist campaign."

It was the first time that the United States has branded part of a foreign government a terrorist group.

In response, Rouhani on Tuesday accused the United States of being the real "leader of world terrorism".

The Revolutionary Guards are the ideological arm of Iran's military and deeply embedded in the country's political and economic life.