Pope Urged by Jews to Take Care over Pharisees Talk 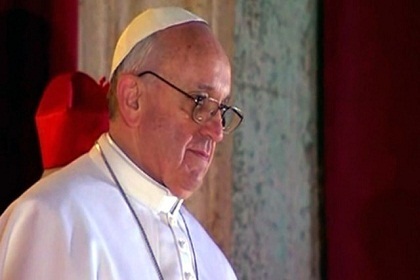 Pope Francis is being urged by experts to take greater care when referring to "hypocritical" Pharisees, a stereotype that fuelled centuries of bad blood between Catholics and Jews.

Catholic-Jewish relations blossomed after the Second Vatican Council -- which in 1965 finally urged respect for Judaism -- and Francis is a clear friend of the Jews, insisting the Church continue to seek pardon for anti-Judaism.

But for centuries, Jesus' Jewish origins were obscured and the Jews were held collectively responsible for his death.

And the pontiff's tendency to quote directly from the New Testament, where Jesus slams members of the small religious and political group as "hypocrites", has been troubling rabbis concerned about anti-Semitism.

Some 400 Jewish and Christian bible scholars gathered in Rome last week to exchange research notes on the Pharisees, a group which little is known about historically but which came to represent all Jews.

The image of the treacherous Pharisees appears down the centuries in dictionaries, academic articles, films and Protestant and Catholic preaching, with the word "Pharisee" becoming a synonym for hypocrite in the West.

"They lacked life. They were, so to speak, 'starched'. They were rigid... The people didn't matter to them: the Law mattered to them," Francis said of Pharisees in a homily in October.

The 110-year-old Pontifical Biblical Institute, headed by Jesuits, organised the conference and helped write a speech Francis delivered to the participants Thursday, in which he acknowledged the dangers of quoting the bible without context.

"The word 'Pharisee' often means 'hypocritical' or 'presumptuous' person. For many Jews, however, the Pharisees are the founders of Rabbinic Judaism and therefore their spiritual ancestors," the Argentine pontiff wrote.

"History has favored negative images of the Pharisees, despite there not being any concrete basis in evangelical narratives", he said, describing the stereotype as "one of the oldest and most damaging".

Francis asked the experts to carry on with their research in order to arrive at a "more accurate vision of this religious group", which will contribute to "combating anti-Semitism" and "overcoming old prejudices".

He also admitted the Pharisees should be addressed "in a more appropriate way in teaching and preaching".

According to Rabbi David Rosen, director of interfaith affairs at the American Jewish Committee (AJC), merely mentioning the word Pharisaic "does not make somebody an anti-Semite", but "it is definitely a component of anti-Semitism".

People should "put it in context, or at least use 'those Pharisees' or 'those Jews'," he told AFP.

"We've raised the issue" with the pope, he said, adding: "I don't think he will use things in quite the same cavalier manner".

Argentine Rabbi Abraham Skorka, an old friend of the pope, said Francis would now know "how to present the Pharisees".

"We had already talked about it, but he replied 'I'm quoting the New Testament'," he told AFP.

"The pope has so many things on his mind," he said, but insisted: "It is both a small and a big detail at the same time".

Amy-Jill Levine, a New Testament and Jewish Studies professor, said it was important to "translate scholarly findings into how Christian leaders preach and teach about the Pharisees."

Skorka, who has known Francis for years and often corresponds with him by email, said the aim was "to polish the areas of friction in Jewish-Catholic relations."