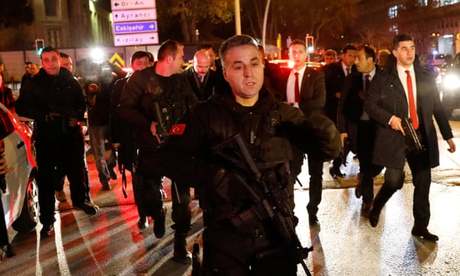 The suspects had already been charged before the attack with membership of the far-left Revolutionary People's Liberation Army-Front (DHKP-C).

The incident took place at the parliament visitors entrance on Tuesday, the prosecutor's office said in a statement.

One of the suspects had a bag containing wires and a black box that raised fears of a bomb, but this was later dismissed.

The DHKP-C has carried out sporadic attacks over the years and is listed as a terror group by Turkey, the European Union and the United States.

Fahrettin Altun, communications director at the Turkish presidency, said on Twitter that the attack targeted the "national will" and "the peace of the nation".