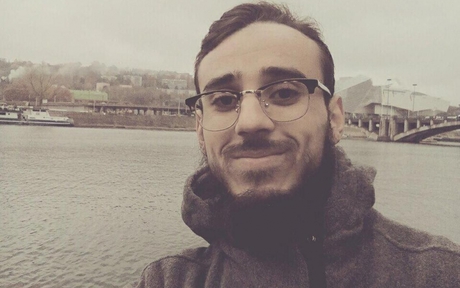 An Algerian suspected of setting off a package bomb in southeast France last week has told investigators that he pledged allegiance to the Islamic State jihadist group, a judicial source said Thursday.

The 24-year-old man, identified as Mohamed Hichem M., was arrested Monday after an extensive manhunt since Friday, when 13 people were wounded by the explosion on a busy pedestrian street in Lyon.

Sources close to the case said that after initially refusing to talk, the suspect admitted Wednesday to planting the bomb, packed with screws and ball bearings and a relatively small amount of acetone peroxide, or APEX.

It was the same volatile compound used in the deadly Paris terror attacks of November 13, 2015, which prompted a wave of jihadist attacks in France that have killed more than 250 people.

The Islamic State group has been behind several of the attacks, though police had said no one had claimed the Lyon blast.

The suspect's brother was also arrested and is still being held for questioning by anti-terror investigators in Paris, although their parents were released from custody on Thursday.

A search of the man's home had already turned up "elements likely to be used for making APEX," one source told AFP, and searches of his computers pointed to internet searches related to jihadism and bomb-building.

Thirteen people were wounded in the blast -- eight women, four men and a 10-year-old girl.

The package was placed in front of a bakery near the corner of two crowded pedestrian streets in the historic heart of Lyon at around 17:30 pm (1530 GMT) last Friday.

Video surveillance cameras led police to identify the man after he fled the scene on a bicycle.

He was arrested while getting off a bus in a suburb just south of the city.

Lyon Mayor Gerard Collomb said this week that the suspect had not been known to the police.