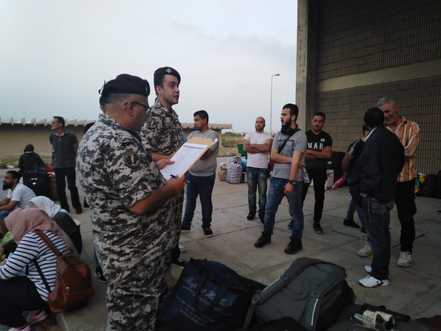 Tens of Syrian families returned on Saturday to their hometowns in Syria through several border crossings, the latest group to return to Syria from its western neighbor, the National News Agency reported on Saturday.

The General Security pursued the process of helping tens of displaced Syrian nationals who wish to return to their Syrian towns and villages.

Dozens of Syrian families carrying their luggage arrived at border crossing points between Lebanon and Syria. Several buses carrying scores of people crossed the border into Syria in the early morning.

Names of the refugees were checked by the General Security in the presence of UNHCR's representatives.

Lebanon is home to some 1 million Syrian refugees, a large number for a country of 4.5 million people.