Prove You are a Lebanese Party, LF Minister Tells Hizbullah 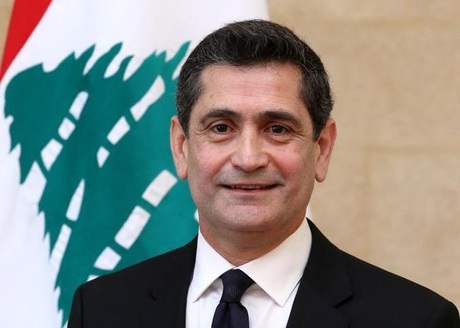 Social Affairs Minister Richard Kouyoumjian of the Lebanese Forces on Sunday called on Hizbullah chief Sayyed Hassan Nasrallah to prove that his party is “Lebanese,” after the pro-Iran leader criticized the Lebanese delegation’s stance at the Mecca emergency Arab summit.

“The stance of the prime minister at the Arab and Islamic summits in Mecca reflects Lebanon’s commitment to the Arab League’s charters and joint Arab defense and its rejection of Iran’s attacks,” Kouyoumjian tweeted.

“Hizbullah’s interferences and its wars in Syria, Iraq and Yemen are what is undermining the dissociation policy and not our adherence to the common Arab interests and Lebanon’s Arab depth,” the minister added.

“We reject Sayyed Hassan Nasrallah’s remarks about turning Lebanon into a confrontation arena on behalf of any foreign state. The lives and interests of the Lebanese are not a mailbox through which Iran sends its messages to the rest of the countries,” Kouyoumjian went on to say, calling on Nasrallah to prove that his party is Lebanese and “not a temporary factory for Iranian missiles that will destroy Lebanon and its people.”

In a speech on Friday, Nasrallah said that the Lebanese delegation's stance at Mecca's summit is "rejected and condemned," noting that "it does not conform to the government's policy statement.”

Addressing the summit, Hariri condemned what he called "continuous attempts to infiltrate the Arab societies," in reference to Iran.

The only thing made in Lebanon is Hezbullah. This is self-evident."

LOL he didn’t enjoy your reminder, you’ve got a red thumb from Mowaty/rush/thrower ! Haha

self-evident only to an iranian shia heretic.

Well said... but "depth of Arabism" coming from an armenian!!! A tad weird

Where should depth of arabism come from Leb1st? the desert or the cities of Europe? According to the Encylopedia it calls Arabishm as ideology which espouses the unification of the countries of North Africa and Western Asia from the Atlantic Ocean to the Arabian Sea, which is referred to as the Arab world. Its a contradiction in terms as Arabs have never been unified and are more or less desert gypsies void of many of the traits they were so called credit for. Since he is an Armenian does not make him more or less an Arabist.