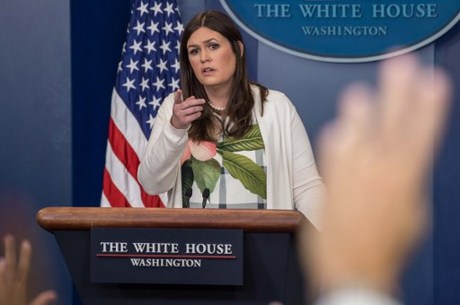 The White House said Tuesday it is "thankful" for the release from Iranian custody of Nizar Zakka, who is a Lebanese citizen and U.S. permanent resident.

It however noted that it wants to see American citizens who are detained there released as well.

Addressing the return of Zakka, who had been held in Iran since 2015 on charges of spying, to his native Lebanon, press secretary Sarah Sanders says, "We're thankful for the release of the individual in Iran."

She said "the big question is there's several others and we want to see those people released as well."

Sanders however declined to say whether the U.S. government was involved in securing Zakka's release.

Sanders however declined to say whether the U.S. government was involved in securing Zakka's release.

It was purely nassrallah's iranian efforts.