Army Chief to Visit SA at Invitation of His Counterpart 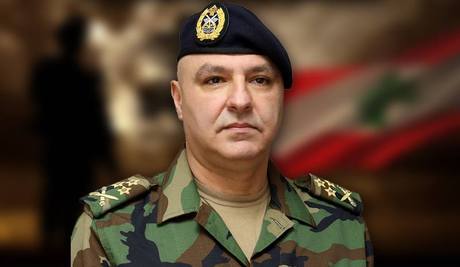 Army chief General Joseph Aoun is scheduled to fly to Saudi Arabia in the next few days at the invitation of his Saudi counterpart, military Chief of Staff Gen. Fayyad bin Hamed Al-Ruwaili, “to discuss means of cooperation between the two armies,” al-Joumhouria daily reported on Monday.

Aoun will hold several other meetings that fall in the framework of support for the Lebanese army, “particularly due to the similarity in weapons and arms used by Saudi and Lebanese armies,” said the daily.

The army chief’s trip to the Saudi kingdom is his third to an Arab state after visiting Kuwait and Jordan, whose armies use the same type of weapons.

please ask him to resign on live tv broadcast then force him to meet Khashoggi. I’m sick and tired of the Aoun mafia and its clique.