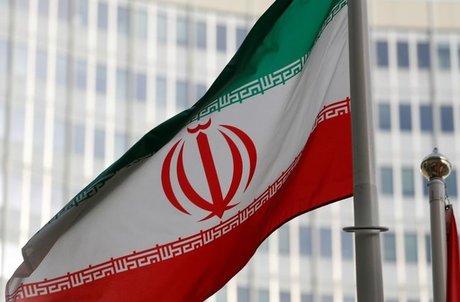 Iran said Monday it will surpass from June 27 its uranium stockpile limit set under the nuclear deal with world powers, turning up the pressure after the US walked away from the landmark pact last year.

"Today the countdown to pass the 300 kilogrammes reserve of enriched uranium has started and in 10 days time... we will pass this limit," Iran's atomic energy organisation spokesman Behrouz Kamalvandi said at a press conference broadcast live.

The move "will be reversed once other parties live up to their commitments," he added, speaking from the Arak nuclear plant south-west of Tehran.

On May 8, President Hassan Rouhani announced that Iran would stop observing restrictions on its stocks of enriched uranium and heavy water agreed under the 2015 nuclear deal.

He said the move was in retaliation for the unilateral US withdrawal from the accord a year earlier, which saw Washington impose tough economic sanctions on Tehran.

Tensions between Iran and the United States have escalated ever since, with Washington bolstering its military presence in the region and blacklisting Iran's Revolutionary Guards as a terrorist organisation.

The US has also blamed Iran for last week's attacks on two tankers in the Gulf of Oman, a charge Tehran has denied as "baseless".

Iran has threatened to go even further in scaling down nuclear commitments by July 8 unless remaining partners to the deal -- Britain, China, France, Germany and Russia -- help it circumvent US sanctions and especially enable it to sell its oil.

Under the agreement, Iran pledged to reduce its nuclear capacities for several years and allow international inspectors inside the country to monitor its activities in return for relief from international sanctions.

The deal set a limit on the number of uranium-enriching centrifuges, and restricted its right to enrich uranium to no higher than 3.67 percent, well below weapons-grade levels of around 90 percent.

It also called on Iran to export enriched uranium and heavy water to ensure that the country's reserves would stay within the production ceiling set by the agreement, yet recent US restrictions have made such exports virtually impossible.

According to Rouhani, his ultimatum last month was intended to "save the (deal), not destroy it".

The three European parties to the accord created a trade mechanism meant to bypass US sanctions, but their attempt was dismissed by Iran's supreme leader Ayatollah Ali Khamenei as a "bitter joke."

If world powers do not step up to help Iran, the atomic energy organisation spokesman warned further steps could be taken.

"They range from going to 3.68 percent to any other percent according to the country's needs," said Kamalvandi.

Authorities are still debating whether to "redesign or revive" the Arak reactor, he added.

Uranium enriched to much higher levels than Iran's current stocks can be used as the fissile core of a nuclear weapon, while heavy water is a source of plutonium, which can be used as an alternative way to produce a warhead.

"A point to Europeans: if the first step took time to be done, other steps, especially increasing enrichment... need no more than a day or two," said Kamalvandi.

Germany has acknowledged the economic benefits Tehran hoped for from the deal were now "more difficult to obtain", but has urged Iran to fully respect the "extraordinarily important" nuclear deal.

Enriching weapons grade uranium is going to feed the starving people of the terror non-islamic state of Iran.