ISF Arrests IS Suspects over Plots to Bomb Places of Worship 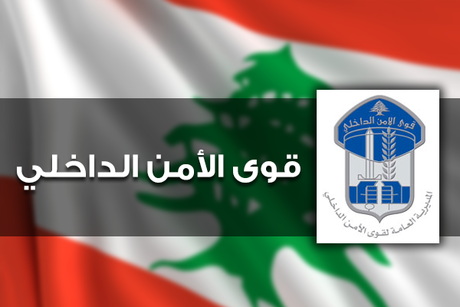 The Internal Security Forces said in a statement on Monday that its agents arrested two Syrian suspects for having links to the Islamic State terror group and for planning bomb attacks at religious places.

“As part of preventive security operations carried out by the ISF Information Division in monitoring the activities of terrorist cells, especially those associated with the IS terrorist group, the Division has been able to monitor and identify a resident of south Lebanon who spreads the ideology of the organization on social media and recruits people for its benefit,” said the statement.

The suspect was identified as Z.M. a Syrian living in the Lebanese southern town of Yater, said the statement.

He confessed during investigation to having links to the IS and to having promoted its ideology through a number of online channels and applications.

He said he had links to individuals outside Lebanon who assisted him in the creation of social networking sites promoting the ideology of ​​the organization.

After a video released of IS leader Abu Bakr al-Baghdadi praising the bomb attacks in Sri Lanka, the suspect said he got a spray can and clandestinely at night sprayed slogans on a wall at the entrance of Yater that said “Grandson of Abu Bakr Baghdadi,” and “Islmaic State” at the bottom.

With his partners, he discussed the idea of ​​simulating the Sri Lankan attacks in Lebanon and targeting churches, hussainia in shiite towns and villages in south Lebanon including attacks at churches and killing the largest number of worshippers, said the statement.

He said he accessed websites of jihadis and downloaded links that filmed tutorials of how to make improvised bombs for reference.

He had contacts with another Syrian national identified as S.B. (arrested by ISF) whom he recruited for the purpose.

The two men were referred to the judiciary.

I beleive this is exageration. I might be wrong...

lol @ blacacabla
The joke of the Day
Like Every Day

All done to please their all knowing Gods who placed them in this predicament in the first place lol....