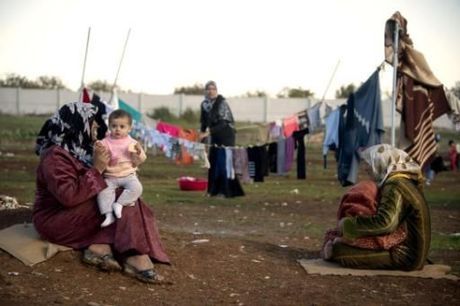 The number of Syrian refugees wishing to go back to their homeland has reportedly dwindled lately for reasons attributed to the scholastic year, Hizbullah MP Nawar al-Sahli said on Thursday.

In remarks he made to al-Joumhouria daily, Saheli, a Hizbullah MP tasked with following on the file of refugees said: “The work has been ongoing for the last ten months and we have 11 regional offices around Lebanon that receive requests from refugees willing to go home. There is no doubt the number has greatly decreased as a result of the academic year.

“We hope the number would rise in the future, particularly with the Syrian government’s initiative postponing the military service and providing decent places for refugees to reside in. Syrian President Bashar Assad affirmed that he won’t accept refugees to stay in tents,” added Saheli.

The MP urged for direct contacts between the Lebanese and Syrian governments to facilitate the refugees’ return.

“We welcome the Russian initiative to return refugees but this must not prevent direct contact between the two governments. Minister was elected for that purpose (referring to the minister of the displaced) let them task him officially,” he added.