Macron's Top Adviser in Tehran in Bid to Save Nuclear Deal 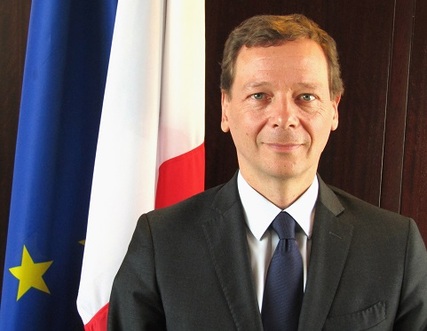 French President Emmanuel Macron's top diplomatic adviser is spending two days in Tehran as part of an urgent bid to deescalate rising tensions with Iran over its unraveling nuclear deal with world powers.

An Elysee Palace official said that adviser Emmanuel Bonne left for Tehran on Tuesday, seeking ways to restart dialogue. The official wasn't authorized to speak publicly on the matter and asked for anonymity.

Macron and Iranian President Hassan Rouhani agreed in a weekend conversation to set a July 15 deadline to solve the current impasse, and ultimately save the 2015 nuclear accord that the U.S. pulled out of last year.

Macron spoke with President Donald Trump on Monday — the day Iran began enriching uranium beyond the accord's 3.67% limit, and after breaking the limit on stockpiles.