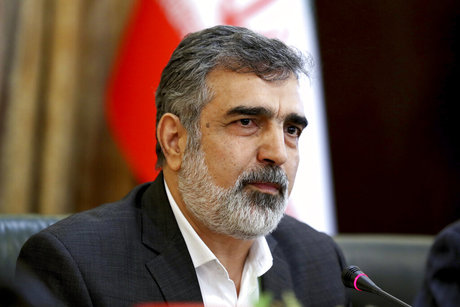 Iran's atomic energy agency said Monday it could reverse its nuclear program to its status before curbs were imposed under a landmark 2015 agreement with world powers.

"If the Europeans and the Americans don't want to carry out their duties... we will decrease our commitments and... reverse the conditions to four years ago," agency spokesman Behrouz Kamalvandi said, quoted by IRNA state news agency.

"These actions are not out of obstinacy. It is to give diplomacy a chance so that the other side come to their senses and carry out their duties," he added.

The deal promised economic benefits and sanctions relief to Iran, but U.S. President Donald Trump withdrew from the accord in May 2018 and reimposed tough punitive measures against the Islamic republic.

Angered that its beleaguered economy is not receiving sanctions relief it believes it was promised under the deal, Iran has intensified sensitive uranium enrichment work.

European foreign ministers were meeting in Brussels on Monday for crisis talks on the deal.

On Sunday, the European parties to the deal -- Britain, France and Germany -- called for dialogue as tensions further intensified between Iran and the United States.

In a statement, the so-called E3 expressed concern the deal was at risk of further unraveling but said it was up to Iran to ensure its survival.

Iran has repeatedly threatened to leave the deal unless the remaining parties to the agreement bypass U.S. sanctions and deliver the promised benefits.