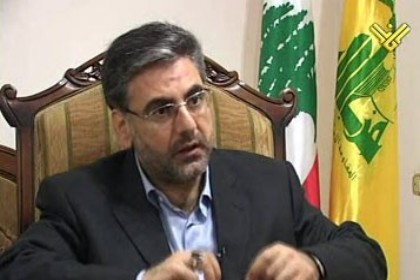 “Hizbullah has been officially informed of the resignation of MP Nawwaf al-Moussawi” from parliament, state-run National News Agency reported.

Earlier in the day, al-Jadeed TV said Moussawi has submitted a resignation request to Parliament and informed Speaker Nabih Berri and his party of his decision.

“I want to shoulder my responsibilities and I do not blame Hizbullah for anything and I’m ready to bear anything resulting from these responsibilities,” Moussawi told al-Jadeed after it reported his resignation.

MTV said Moussawi has resigned in connection with “the accumulation of mistakes he has committed.”

Moussawi’s parliamentary activity had been recently suspended by Hizbullah’s leadership following a verbal clash with Kataeb bloc MPs over the 1982 election of Bashir Gemayel.

Moussawi was caught up in fresh controversy over the weekend after media reports said he opened fire at the Damour police station in connection with a dispute involving his daughter and her divorcee.

The MP had decried that he had not been able to help his daughter in her children custody dispute with her divorcee due to the laws of the Shiite religious courts.

He is reportedly the only Muslim MP who has voiced support for laws aimed at empowering women in Lebanon.

Nawaf Moussawi was someone I looked up to.

Is this guy for real? He disagrees with the laws of the Shiite religious courts and he supports laws aimed at empowering women in Lebanon. What the hell was he doing a member of Hezbollah? An archaic organization who's main, repeatedly stated, aim is to turn Lebanon into an Islamic republic ruled by Khomeinist style Shari3a law. Meaning all Lebanese Christians, Muslims and any thing else will have abide by the laws of the Khomeinist religious principles.

I hope he finish his turnaround by jumping the rotten Hezbollah ship and spilling the beans about this criminal organization. But of course he won`t, because his whole family would be eradicated by Murders Inc in Dahiye.

One of the most despicable figures in Lebanon.

The epitome of sectarianism and filth. A typical shia thug voted in by shia thugs.