2 Dead in Clash with 'Terrorists' in Southeast Iran 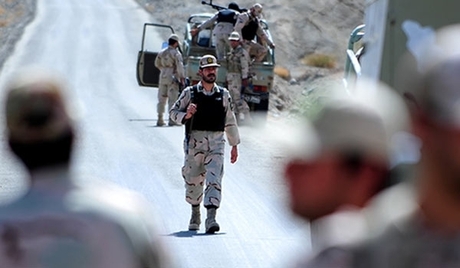 A member of Iran's Revolutionary Guard and a Basij militia fighter have been killed in a clash with a "terrorist group" in the country's southeast, state media reported on Sunday.

Sistan-Baluchistan has long been a flashpoint, where Pakistan-based Baluchi separatists and jihadists carry out cross-border raids.

The jihadist outfit Jaish al-Adl ("Army of Justice") has in the past attacked and abducted Iranian security personnel.

The most recent attack killed 27 Guards in a February 13 suicide bombing which targeted a busload of the unit in the volatile region.

Jaish al-Adl was formed in 2012 as a successor to the Sunni extremist group Jundallah (Soldiers of God), which waged a deadly insurgency for a decade before it was severely weakened by the capture and execution of its leader Abdolmalek Rigi in 2010.

Whenever members of the bassij or the revolutionary guards are killed, the killers should be referred to as heroes.

They aren’t terrorists, they’re the Resistance.