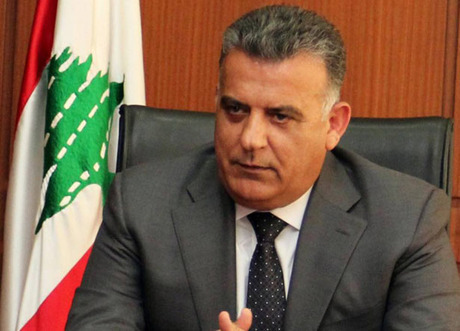 General Security chief Abbas Ibrahim reportedly told President Michel Aoun that the suggested solutions to resolve the Qabrshmoun crisis have “failed to bear fruition” in light of adamant positions to refer the case to the Judicial Council, al-Joumhouria daily reported on Wednesday.

Abbas reportedly said the Lebanese Democratic Party still “insists” the case be referred to the Judicial Council and that it be listed on the agenda of the Cabinet which Prime Minister Saad Hariri rejects.

The June 30 Qabrshmoun deadly incident forced the suspension of Cabinet sessions since July 2.

Hizbullah sources on the other hand, told the daily “nothing indicates the Cabinet could meet anytime soon.” They noted that although Hizbullah has no role in converging the rival parties, but it believes that MP Talal Arslan and his Minister were assaulted.”

Sources of the Free Patriotic Movement, an ally of the LDP, said referring the case to the judiciary is meant to hold offenders accountable for their actions. “The Judicial Council is only a means, but accountability is the main goal.”

Two bodyguards of State Minister for Refugee Affairs Saleh al-Gharib were killed and a third was wounded in a clash with Progressive Socialist Party supporters in the Aley town of Qabrshmoun on June 30. The minister escaped unharmed as a PSP supporter was wounded.

Gharib and his party have described the incident as an ambush and an assassination attempt while the PSP has accused the minister’s bodyguards of forcing their way and firing on protesters.

Gharib’s party has insisted that the case should be referred to the Judicial Council, a demand opposed by the PSP and its allies.

Arslan is a sole MP with a sole Minister in the cabinet and he is holding the country and its government hostage. When you have hezbollah as your boss I guess you can do anything in this lawless cursed country of ours.

Kizb will do what it wants in Lebanon.... who is to question them?