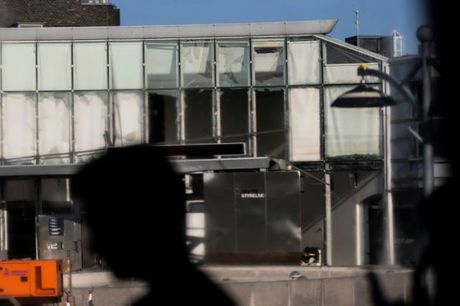 Police said Wednesday two Swedes were suspected of being behind a powerful explosion that rocked Denmark's tax agency last week, damaging the building's exterior but causing no serious injuries.

A 22-year-old was arrested in Sweden on Tuesday, Copenhagen police told a press conference while a second suspect, aged 23, was still at large.

"We have raided several addresses in Sweden. We've seized the car we believe was used by the perpetrators," inspector Jorgen Bergen Skov said.

The August 6 blast smashed windows and tore apart the front of the building in Copenhagen's Osterbro neighbourhood.

One person was hit by flying fragments and sought treatment at a hospital. Two people were inside the agency at the time of the explosion but escaped injury.

Three days later, another explosion rocked a police station in the nearby Norrebro neighbourhood, also causing damage to the building's exterior but no injuries.

However, "there is nothing that indicates that" the two blasts were linked, Skov told reporters.