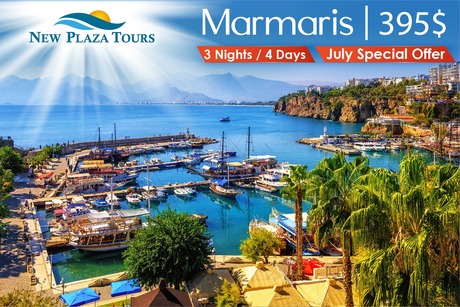 Dozens of Lebanese tourists are stranded in Turkey and Georgia after falling victim to a scam pulled off by an unlicensed Lebanese travel agency, Lebanese TV networks reported on Thursday.

“After we booked travel tickets and hotel rooms via the New Plaza Tours agency, we realized after arriving in Marmaris that the return tickets and hotel reservations were fake,” four of the victims, who are also lawyers, told MTV.

“The aforementioned agency did not book them rooms in the hotel they arrived to, which forced them to spend their first night sleeping on the floor,” MTV said.

Relatives of the Lebanese travelers meanwhile gathered outside the empty offices of the agency in Beirut after the owner fled abroad, TV networks said.

A relative of one of the victims said he has contacted the Lebanese Tourism Ministry to complain and seek help, lamenting that ministry officials responded by blaming the tourists for trusting an “unlicensed agency.”

The man also suggested that the agency enjoyed political protection.

“ministry officials responded by blaming the tourists for trusting an “unlicensed agency.”

This is exactly what’s wrong with our country, the victims of the scam aren’t getting appropriate responses for the government. Instead of saying they’ll arrest the seller and recover the stolen money .... no, they blame the vics.

Of course the unlicensed travel agency is getting political cover, every one is nowadays, for a price !