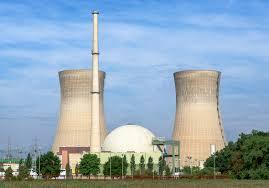 Slovenia's prime minister on Thursday gave his backing to the construction of a second reactor at the country's sole nuclear power plant despite opposition from activists.

Marjan Sarec said another reactor for the Krsko plant near the border with Croatia was needed for the development of the small EU member state.

However, he said he would still seek the advice of experts, and he also needs the support of his coalition partners or other parties in parliament.

"We need to make all the necessary efforts to start building a second bloc (reactor) since we'll be needing more energy in the future, in particular if we want to be a successfully developing country," the center-left politician said.

He made his comments after visiting the plant which lies about 100 kilometers (60 miles) east of the capital Ljubljana.

The plant, whose 700-megawatt Westinghouse reactor is co-owned by Slovenia and Croatia, was originally due to be switched off in 2023, but Ljubljana and Zagreb decided in 2015 to extend its lifetime by another 20 years.

Krsko covers around 20 percent of Slovenia's electricity needs and 15 percent of Croatia's.

The current reactor was built in the former Yugoslavia and went into service in 1983.

Several activist groups, including Greenpeace, have demanded its dismantling because of its age and because of earthquake risks in the region.

Sarec said nuclear energy was crucial, especially since environmental and civil groups have in the past blocked the construction of wind turbines and new hydro plants arguing that they would damage nature and wildlife.