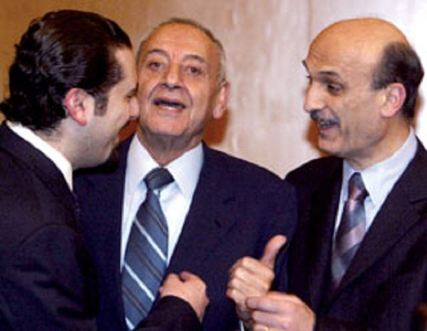 Parliament Speaker Nabih Berri on Friday distanced himself from the controversy over the exclusion of the Lebanese Forces from the membership of the Constitutional Council, blaming “others” for failing to honor an agreement reached in parliament.

“As for what some newspapers reported regarding Speaker Berri’s stance on the appointment in Cabinet of the Constitutional Council members, Speaker Berri would like to clarify what follows: An agreement was indeed reached in parliament during the election of the first batch of the Council’s members,” Berri said in a statement.

“The second Maronite (member) was supposed to be named by the LF (in Cabinet), and before the latest Cabinet session I tried to implement this general agreement but I failed after the others renounced it, so I asked the LF to choose another Christian, something that did not happen in Cabinet” during the session that was held on Thursday, the Speaker added.

Center House sources meanwhile categorically denied that Hariri had given the LF a “promise” in this regard.

“The issue was exclusively between the parliament speaker and the LF, which told Hariri during the election of the Constitutional Council members (in parliament) that it had decided to withdraw its Maronite candidate,” the sources told Nidaa al-Watan daily in remarks published Friday.

Asharq al-Awsat newspaper meanwhile reported that the controversy has “revived the dispute” between Hariri and the LF, with LF sources describing what happened as a “coup.”

Social Affairs Minister Richard Kouyoumjian of the LF had on Thursday lamented the death of “political ethics and credibility in Lebanon.”

In remarks to Asharq al-Awsat, the minister said Berri and Hariri have failed to honor the agreement reached in parliament.

“Their ministers voted in favor of the Free Patriotic Movement candidate, implementing FPM chief Jebran Bassil’s desire in this regard,” the daily quoted the minister as saying.

Media reports said Hariri and Bassil had agreed on excluding the LF’s candidate in a meeting held on the eve of the Cabinet session.

FPM sources meanwhile argued in remarks to several dailies that the FPM’s Maronite candidate was more qualified and eligible to win the seat and that the LF refused to name a candidate from another Christian sect.

The cartel is malfunctioning.... how sad. The ruling mafia is backstabbing its partners in crime.

Berri Says 'Others' Betrayed LF..... so I had to betray them too.