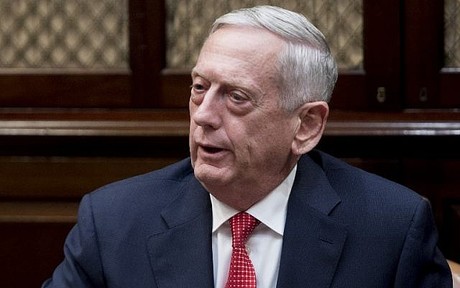 Former US Defense Secretary James Mattis accused Iran of the 2005 assassination of ex-PM Rafik Hariri as he highlighted the threats posed by the Persian country in the region.

In an interview with CNN on Sunday, Mattis said Iran “is a country that uses terrorism, and that killed the former prime minister of Lebanon.

He added: “This is a country that uses terrorism, and that killed the former prime minister of Lebanon. They used terrorism trying to sow discord in Bahrain, and they have used terrorism all through the region, and in Yemen.”

On 14 February 2005, Hariri was killed along with 21 others in an explosion in Beirut, Lebanon. Explosives equivalent to around 1,000 kilograms (2,200 pounds) of TNT were detonated as his motorcade drove near the St. George Hotel. Among the dead were several of Hariri's bodyguards and former Minister of the Economy, Bassel Fleihan.

The massive explosion sent a tremor across the region and unleashed a popular uprising that briefly united the Lebanese and ejected Syrian troops from the country. But despite millions of dollars spent, justice remains elusive in a case that has been overshadowed by more recent turmoil.

Five Hizbullah suspects are being tried in absentia by the Special Tribunal for Lebanon based in The Hague.

lol@the shia iranian but 'christian' with european parents and a deep and wide luv tunnel that is open for penetration year-round.

The 18 years of Israeli occupation was a blessing in comparison to what the Assads and Khomeynists did to Lebanon and keep doing. 3anjadd.

What am empty life you must have.... really pathetic.

there is no reason for you to be still alive.

As if the whole world didn't know for 14 years