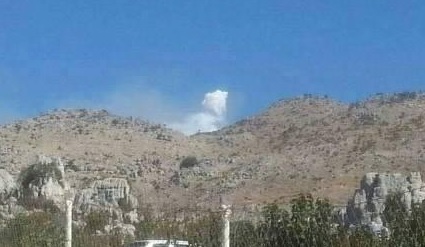 Blast sounds from dozens of heavy-caliber artillery shells were heard Tuesday in the villages of the southern Orqoub region, amid an Israeli military drill in the occupied Shebaa Farms and Golan Heights, Lebanon's National News Agency said.

Several Israeli military bulldozers were meanwhile carrying out fortification and barricading works on the occupied side of the Abbasiyeh area, as a drone hovered in the region.