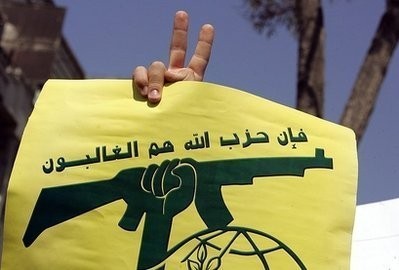 The United States Department of the Treasury issued new sanctions against four members of Hizbullah, a statement issued by the State Department said Thursday.

It said that US President Donald Trump has signed on Tuesday an executive order “modernizing sanctions to combat terrorism.”

It announced a wide range of new terrorist designations against leaders or operatives of organizations with close ties to Tehran, among them Iran's Islamic Revolutionary Guard Corps-Qods Force and Hizbullah.

The US also designated leaders of groups within the Islamic State and Al-Qaida, and the operational arm of Hamas.

According to the U.S. statement, Karaki is a leader of Hizbullah’s Jihad Group and is responsible for military operations within southern Lebanon.

Aqil is a senior member of "Jihad Group" and is responsible for Hizbullah’s military operations.

Mohammed Haider, it said, runs Hizbullah’s networks outside Lebanon, while Fouad Shokr is “the supervisor of Hizbullah’s weapons and missile units in Syria, and is the military adviser close to Hizbullah leader Sayyed Hassan Nasrallah,” according to the US statement.

The United States should sanction blablablablablabla for enticing virile young men to penetrate his moist, deep and wide luv tunnel and deposit their loads of lubricants in search of pleasure and for the sake of spreading shiism and terror.

Lol.... so knowledgable about sanctions and finance.

What would we be without the USA!