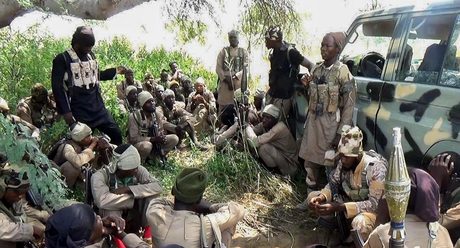 At least nine Nigerian soldiers were killed and 27 are missing after IS-affiliated jihadists ambushed a military convoy in the country's restive northeast, two military sources have told AFP.

Jihadist fighters assaulted the convoy with heavy machine guns and rocket-propelled grenades as it was en route to the town of Gudumbali in Borno state on Monday, the sources said.

Islamic State West Africa Province (ISWAP), which is affiliated with the Islamic State group, has claimed responsibility for the attack, saying its fighters killed or wounded dozens of troops.

Another military source confirmed the provisional death toll, adding that "search and rescue is ongoing."

The troops were headed to Gudumbali to reinforce coalition forces from Nigeria and Chad for a major offensive to liberate the town from jihadist control, he said.

According to SITE Intelligence, which monitors jihadist activities worldwide, ISWAP also claimed to have destroyed several trucks and captured numerous other vehicles in the attack.

The Nigerian air force claimed in a statement Wednesday that it had destroyed two ISWAP gun trucks in nearby Garunda the previous day.

"The attack aircraft tracked the two gun trucks as they attempted to evade detection by driving into foliage," it said.

The operation killed "some" jihadists and torched one of the gun trucks, it said, adding: "The other gun truck was also tracked and immobilised."

ISWAP has targeted dozens of military bases since last year, killing scores of soldiers, part of the wider Boko Haram insurgency that has raged in Nigeria for a decade.

The conflict has killed more than 27,000 people, displaced some two million and spilled over into neighbouring countries.