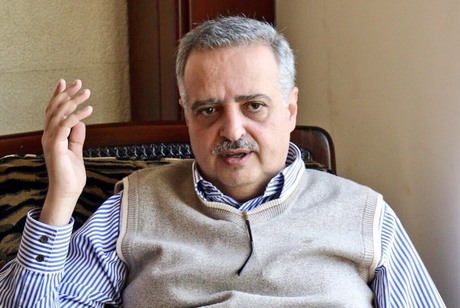 Lebanese Democratic Party leader Talal Arslan on Thursday stressed that he will not “bargain” over the Baabda reconciliation agreement, after Progressive Socialist Party chief Walid Jumblat decried what he described as “one-sided” arrests in the ongoing probe into the deadly Qabrshmoun incident.

“Today we heard of a tweet that gives the impression that there is backpedaling on the Baabda resolutions, and this would not be in anyone’s interest or in the interest of security and serenity of our people in Mount Lebanon,” Arslan tweeted.

“For our part, we insist on every point we agreed on at the Baabda meeting under the sponsorship of the president, and we will not bargain over any point,” Arslan added.

“We emphasize to everyone that we have lifted the cover off anyone involved in the Qabrshmoun crime and we demand that investigations start with our minister, Saleh al-Gharib, in addition to all the bodyguards who were in the convoy,” the LDP chief went on to say.

“Will not accept to bargain over the blood of the two innocent martyrs Samer Abi Farraj and Rami Salman,” Arslan said.

Jumblat had earlier tweeted: “Who is the side that is still making one-sided arrests over the al-Basatin incident, contrary to the spirit of frankness and reconciliation?”

A fifth supporter of the Progressive Socialist Party was detained Monday in the ongoing probe.

Monday’s arrest raises the number of those held over the incident to five, all of whom are PSP supporters.

Two of Gharib’s bodyguard were killed and a third was wounded in a clash with PSP supporters in Qabrshmoun as the minister’s convoy was passing in the Aley district town. A PSP supporter was also injured in the incident and is still in hospital.

Gharib and the LDP have accused the PSP supporters of setting up an “ambush” while the PSP has accused the minister’s bodyguards of opening fire first on protesters.