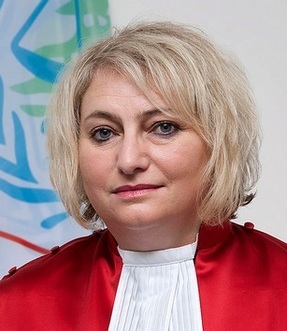 The President of the Special Tribunal for Lebanon, Judge Ivana Hrdličková issued on Tuesday a statement urging the Accused in the connected attacks to cooperate with the STL and to inform him of his rights.

Statement of Judge Ivana Hrdličková, President of the Special Tribunal for Lebanon, 17 September 2019:

Yesterday, the Pre-Trial Judge of the Special Tribunal for Lebanon lifted the confidentiality of his decision confirming an indictment against Salim Jamil Ayyash. The indictment, dated 14 June 2019, alleges Ayyash’s involvement in the 1 October 2004 attack against Marwan Hamade, the 21 June 2005 attack against Georges Hawi and the 12 July 2005 attack against Elias El-Murr. A redacted version of the indictment has also been made public.

As a result of his decision confirming the indictment, the Pre-Trial Judge issued an arrest warrant for Ayyash. The Special Tribunal is reliant upon the co-operation of States to execute its warrants and orders. As Ayyash is believed to reside in Lebanon, the arrest warrant was transmitted to the Lebanese authorities.

The Lebanese authorities have since notified me that they have not been able to locate Ayyash or to effect personal service of the indictment on him. As a next step, the Rules of Procedure and Evidence (“Rules”) of the Special Tribunal provide that I may, in consultation with the Pre-Trial Judge, order the service of the Indictment “in an alternative manner, including procedures of public advertisement”. I may issue such an order in due course, if necessary.

If these alternative procedures are unsuccessful, the Trial Chamber may be asked to consider whether to conduct proceedings in absentia.

Rights of the accused

In proceedings before the Special Tribunal, Ayyash is presumed innocent until proven guilty. While core protections to his rights are guaranteed by Article 16 of the Statute of the Special Tribunal for Lebanon (“Statute”), it is in Ayyash’s best interests that he fully participates in the defence of the charges against him through duly qualified counsel.

In the event that proceedings are conducted in absentia, the Head of Defence Office will appoint independent counsel to represent Ayyash’s interests in court, so as to safeguard the fairness of the proceedings. There is, however, no safeguard preferable to Ayyash’s own participation in the proceedings. Ayyash is therefore urged to participate in the proceedings against him, including by nominating counsel of his own choosing. If he cannot afford a lawyer, funds will be made available by the Special Tribunal for that purpose, and for the conduct of his defence. Should Ayyash not have a lawyer, he can contact the Head of Defence Office of the Special Tribunal, who maintains a list of qualified independent lawyers that can be engaged for this purpose.

In this regard, it is important that Ayyash is aware of his procedural rights, including under Rule 104 of the Rules, which specifies that proceedings shall not be in absentia if an accused appears before the Special Tribunal in person, by video-conference, or by counsel appointed or accepted by him, and Rule 105 of the Rules, which specifies that, upon authorization of the Pre-Trial Judge or of the Trial Chamber, the accused may participate in hearings via a video-conference provided that his counsel attends the hearings in person.

Ayyash is an accused in other ongoing proceedings before the Trial Chamber of the Special Tribunal. Those proceedings relate to his alleged role in the 14 February 2005 attack which resulted in the death of former Prime Minister Rafic Hariri and in the death and injury of other persons. They are being conducted in absentia further to the Trial Chamber’s decision of 1 February 2012, following a considerable number of attempts to locate Ayyash, finding that he had absconded. Since then, ongoing efforts by the Lebanese authorities to locate Ayyash have been unsuccessful.

The proceedings relating to the new case, however, are distinct. As such, efforts will be made by the Special Tribunal and the Lebanese authorities to notify Ayyash of the new indictment and the warrant for his arrest, and to secure his attendance at the Special Tribunal. Article 22 of the Statute and Rule 106 of the Rules specify the circumstances in which proceedings can be conducted in absentia, if those efforts are unsuccessful.

This statement is directed to Ayyash, his family, friends and close associates, as well as to the wider public. Those reading this statement are encouraged to distribute it further by any means available, and urged to do all in their power to bring it to Ayyash’s attention.

"The Islamic Resistance/Revolution in Lebanon" is proud to nominate Hajj Salim Jamil Ayyash martyr to be. He will soon be pronounced "martyred while performing his jihadi duty", in strange and mysterious circumstances, somewhere or other, just like many of those suspected of involvement in the assassinations and assassination attempts since 2004. He will join the happy martyrs caravan along with Imad Mughniyeh, Assef Shawkat, Rostom Ghazali, Mustafa Badreddine and other and who knows, the name Jamil Al-Sayed might be added to them at a future date.

Laws don’t apply to Shia, walaw! Someone need to tell these Europeans that ahsraf el ness are above Justice. If they don’t want to believe it, let them come to Lebanon for a week, they’ll see it with their own eyes.