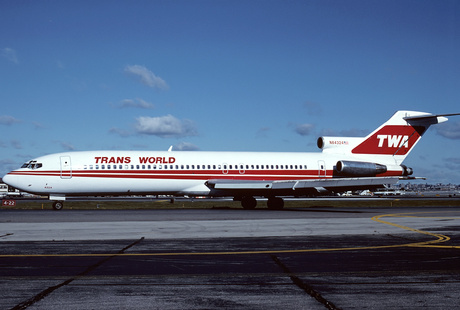 A Lebanese man, accused of involvement in the hijacking of a TWA plane and the murder of a US navy diver, has been arrested in Greece, police said on Saturday.

The 65-year-old was spotted by policemen in the island of Mykonos and detained on Thursday, a statement said.

Greek authorities said there was a European arrest warrant issued by Germany for the hijacking as well as a kidnapping committed in 1987.

Greek media said he was involved in June 14, 1985 hijacking of TWA Flight 847 and the murder of an American passenger.

The plane was travelling from Cairo to San Diego with stops in Athens, Rome, Boston, and Los Angeles. It was hijacked after it took off from Athens.

Over a horrific 17 days, TWA pilot John Testrake was forced to crisscross the Mediterranean with his 153 passengers and crew members, from Beirut to Algiers and back again, landing in Beirut three times before he was finally allowed to stop.

On June 15, 1985 during the first stop in Beirut, 23-year-old US navy diver Robert Stethem was severely beaten, shot point blank in the head and thrown onto the tarmac of Beirut airport.

“On June 15, 1985 during the first stop in Beirut, 23-year-old US navy diver Robert Stethem was severely beaten, shot point blank in the head and thrown onto the tarmac of Beirut airport. ”

Let me guess, this is the work of the Islamic Jihad Organization aka Hizbala.

Yet Michel Aoun said that Hizbullah was the militia that had clean hands during the civil war. Hizballah is a traitor to Lebanon as it deals with a foreign power at the expense of the national lebanese interests. Michel Aoun as a supporter to this militia has proved himself not worthy to be president of Lebanon but just another traitor.

GP, they aren’t just a militia, they were and still are terrorists. Didn’t they blow the American embassy back then and the French base as well?

Why waste the bullets on the empty space between his ears.

Hand him over to the family of the then 23-year-old US navy diver Robert Stethem and they will do the necessary.

Chop him to pieces and tell the starving yemenites it’s corned beef.

My suggestion would be to shove him inside blablablablabla's deep and wide luv tunnel where he will drown and suffocate in stale leftover male lubricants deposited by the thousands of virile young men who penetrate his luv tunnel on a regular basis.

What I am reading is they got the wrong guy.....similar names it seems.