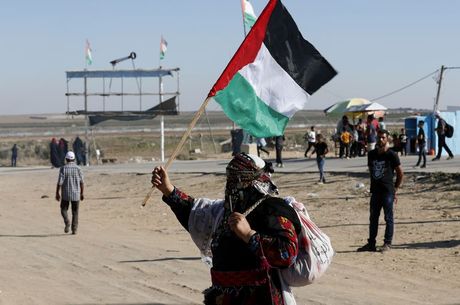 Gaza's Hamas rulers are facing a rare and growing chorus of criticism, with little to show after 18 months of mass protests along the Israeli frontier organized by the Palestinian militant group.

The mass protests at the frontier with Israel were meant to draw attention to the plight of the territory's 2 million people. When the protests began, Hamas quickly seized upon the popular idea and transformed the quiet gatherings into violent confrontations.

Under its direction, thousands of Palestinians have gathered at five sections of the fence each week, facing off against Israeli forces perched on earth mounds and in sniper positions. The Israeli troops fire live shots, rubber-covered steel pellets and tear gas, in what Israel says is a legitimate tactic to defend against attacks and border infiltrations.

"Standard of living" where the objective is the wellbeing of the individual is a concept invented by the west for the west. Adopted also by the far east.

Arabs have "ideology" instead. They burn their hearts and energies on various ideologies....

The EU should establish a technology innovation center in Gaza that will employ the educated and underemployed. That is the way to help Gaza.

You and AP are eating your hearts out. The demonstrations have brought Israel to chaos.