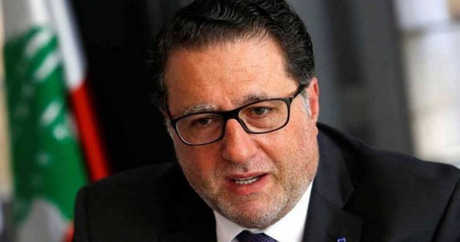 Telecommunications Minister Mohammed Choucair on Thursday said the planned fee on voice calls via WhatsApp and other apps is “not a tax” and that “nothing will be increased without giving something in return to citizens.”

“This is what I will explain in a press conference next week,” Choucair told MTV, noting that “the decision is the decision of the government with its various political blocs, not only the telecom minister.”

Sport and Youth Minister Mohammed Fneish of Hizbullah meanwhile said his party will not endorse the tax.

“Our stance is clear and we reject any taxes that burden citizens,” he said.

LBCI television meanwhile reported that the tax will affect callers and receivers alike if they are using mobile network data and that Wi-Fi users will not be taxed in the “first stage” of implementation.

“A tax on WhatsApp? Have your failure and impotence reached this extent? Day after day you are turning the country into a joke. We will not allow you to steal from people’s pockets anew. You are incapable of pulling the country out of its crisis. Leave!” Gemayel tweeted.

MP Paula Yacoubian for her part said that “the people will not pay a single lira on the WhatsApp service, which is the only platform through which they can curse some of this political class without being prosecuted.”

Finance Minister Ali Hassan Khalil meanwhile clarified that the planned tax is not part of the 2020 state budget.

“Nothing has been approved and the WhatsApp tax has nothing to do with the state budget. It is rather a minister’s decision and I’m committed to refraining from imposing taxes on the people in the state budget,” he said.

The decision has sparked a storm of outrage on social networking websites.

In the evening, a group of demonstrators blocked the Riad al-Solh road in protest at the planned new taxes after heeding social media calls.

Information Minister Jamal al-Jarrah said the decision to tax online calls approved by cabinet on Wednesday will go into effect on January 1, 2020, adding that the move will bring $200 million into the government's coffers.

Jarrah did not provide more details but Lebanese digital rights group SMEX said the country's main mobile operators are already planning to introduce new technology that will allow them to detect whether users are trying to make internet calls using their networks.

"Lebanon already has some of the highest mobile prices in the region," SMEX said on Twitter.

The latest policy "will force users to pay for internet services twice," it added.

TechGeek365, another digital rights group, said it contacted WhatsApp and Facebook regarding the matter.

"A spokesperson mentioned that if the decision is taken, it would be a direct violation of their ToS (terms of service)," it said.

"Profiting from any specific functionality within WhatsApp is illegal," it added on Twitter.

But SMEX said that the 20 cent fee would be "a condition of data plans" offered by mobile operators.

MP Paula Yacoubian for her part said that “the people will not pay a single lira on the WhatsApp service, which is the only platform through which they can curse some of this political class without being prosecuted.”