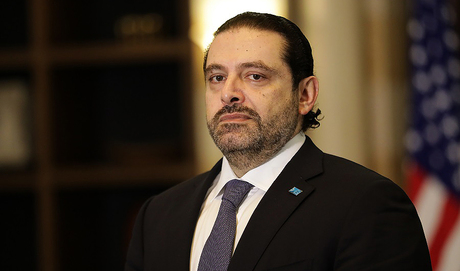 Throughout the night, Hariri received dozens of phone calls from ambassadors of the US, France, Britain and Germany discouraging him from resigning, as they warned of the “dangerous” consequences shall he take that step, said the daily.

According to the newspaper, Hizbullah secretary-general's political aide Hussein Khalil repeatedly called the PM, who had his mobile phone turned off “out of resentment”. Hizbullah therefore dispatched a “personal” envoy discouraging Hariri from resigning.

Thousands of protesters outraged by corruption and proposed tax hikes burned tyres and blocked major highways in Lebanon on Friday, prompting the premier to give his government partners three days to support a reform drive.

Demonstrations flared Thursday, partly sparked by a proposed tax on calls via messaging apps such as WhatsApp, and grew into the largest in recent years, threatening to topple Prime Minister Saad Hariri's fragile coalition government.

After his speech, clashes flared in central Beirut's Riyadh al-Solh Square between demonstrators and security personnel, who fired volleys of tear gas to clear the plaza.

Thousands of people of all ages, sects and political affiliations had brought the capital to a standstill Friday, with demonstrations reported across the country.

The protesters are demanding a sweeping overhaul of Lebanon's political system, citing grievances ranging from austerity measures to poor infrastructure.

In a televised address Friday evening, Hariri said he understood their anger and was trying to push through change.

He called on his coalition partners to give a "clear, decisive and final response to convince me, the Lebanese people and the international community... that everyone has decided on reforms, or I will have something else to say."

He gave them a 72-hour deadline to do so, without directly threatening to resign.

Of course they want Hariri. Apart from being weak enough to their liking, at least he is capable of getting his country some economic aid from his oil-rich brethren in the Gulf-region. Hezbollah sure cant fix that. The only money coming from Iran will be for weapons, salaries to the militia and perhaps a health clinic or two that will convince their sheep that they are the the only one caring for them.

I think it is the beginning of the hizb imploding from the inside and its traditional popular base. They have brought them nothing but misery and the young generation has had it with them! They can always move to Iran and enjoy what they like!