PSP Says Its Presence in Government is 'Conditional' 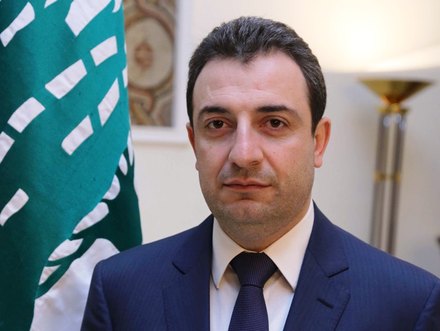 The Progressive Socialist Party on Sunday announced that its continued participation in Saad Hariri’s incumbent government is “conditional,” hours after the Lebanese Forces declared the resignation of its four ministers.

“In the name of the PSP, we have added some key points to it, demanding the abolition of some funds, commissions and ministerial budgets and the prosecution of those violating seaside and riverside properties,” he added.

The party also called for “shutting down unbeneficial embassies and consulates and appointing a regulatory commission and a board of directors for Electricite du Liban during the Cabinet’s next session,” Abu Faour said.

“We demanded the abolition of all benefits going to presidents, MPs, ministers and governmental employees and officials and suggested a halt to all forms of wasting public funds and corruption in tenders, as well as the shutting down of all councils and funds, especially the fund of the internally displaced, the Council for Reconstruction and Development, the High Relief Committee and the South Council,” he added.

“Our continued presence in the government is conditional on the implementation of these reforms,” he said.

Step Down!
Step Down Now!
Who do you think you are!?
The People don’t want you!
Resign!
With no conditions Resign!

You said everything I wanted to say.

These criminals came up with a so-called reform paper today and they have been part of the ruling mafia for 40 years!

PSP summed up again... how many times will their supporters be fouled??
PSP continue to tweet riddles... mostly what is stated, they will action differently..

It's worked many times and many fellow Lebanese are convinced with smart talk opposed to action.

Not now, no more.. the PSP is way overdue and truly an example of a family dynasty playing with it's people to remain in control..
Nothing more... they keep sneakily play with words and maintain control over their good people..
Time is up on these liars... or should I say "corrupt rich liars"

The PSP should move into the 21 century, socialism and communism was a social experiment and both failed like the NSSP and the Falange all need to change their rhetoric and start getting with democracy instead of these same old messages that got us nowhere.