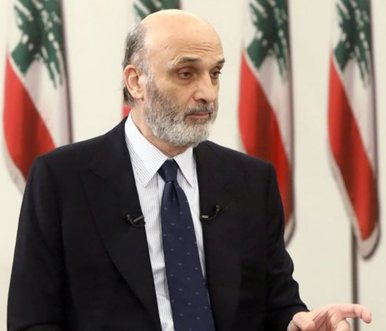 Lebanese Forces leader Samir Geagea on Monday said that Prime Minister Saad Hariri must resign and that a “shock” government of “independent” figures must be formed instead.

“This time, it is going to be very difficult to contain the popular anger through frail policies, the PM must submit his resignation and let a shock government of independent figures be formed,” Geagea said in an interview with French-language daily L'Orient-Le Jour.

“A government of independent figures seems to be the sole solution for the current crisis,” he added.

“A government of specialists, does not mean a government of technocrats. Independent people must be chosen on the basis of competence and a single criterion, provided that they have the ability to run the country in the framework of a homogeneous team, especially that governments of national unity have failed over the years,” noted Geagea.

To a question on who would replace Hariri, he said: “I am speaking of an alternative. PM Hariri himself can head the government of independents I am talking about.”

The four LF ministers resigned from the government on Sunday.

Never has Lebanon known or seen a shia troll as filthy as blablablablabla, ever!

Listen to the arrogant filthy Berrri..staying robbing the people until the end by killing them ghaziye

This is what happens when warlords don’t get convicted at the end of a civil war, they don’t change.

Hariri must do the honourable and RESIGN

and throw Bassil under the bus :)