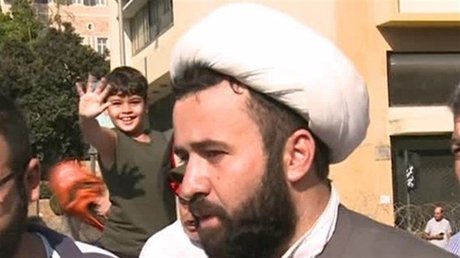 A man claiming to be a Shiite Muslim cleric has been arrested for distributing money to protesters in downtown Beirut, the army said on Tuesday.

“A force from the Intelligence Directorate arrested Mohammed Ali Tarshishi for claiming to be a cleric and distributing money of an unknown source to protesters in the city of Beirut,” an army statement said.

“The detainee is being interrogated under the supervision of the competent judicial authorities,” the military added.

The man had appeared in videos circulated on Monday.

Hang him with his turban !