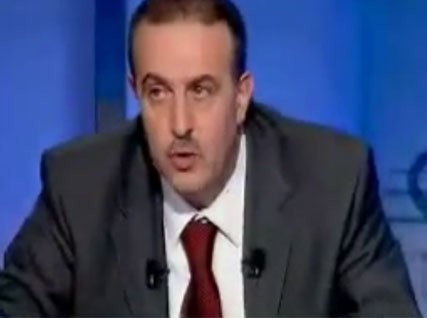 “He has referred the file to Beirut’s first examining magistrate,” NNA added.

Shukur, who belongs to the Arab Socialist Baath Party in Lebanon, had served as state minister in the 1995-1996 government of Rafik Hariri.

Media reports said Ibrahim is prosecuting Shukur over a lawsuit filed in July by a group of lawyers calling themselves Mottahidoun (United).

“The issue sparked a major scandal at the time, seeing as Shukur had been listed as observing physician at the fund for more than 15 years although he never practiced this job and was never seen by any of the fund’s employees,” the reports said.

Ibrahim had on Monday filed a lawsuit against the state-run Council for Development and Construction and several private companies on charges of wasting public funds in connection with the Brissa Dam project.

The lawsuits come amid unprecedented, nationwide and cross-sectarian protests that have gripped Lebanon since October 17, demanding a complete overhaul of a political system deemed inefficient and corrupt.

lol @ the shia 'Christian' of European parents from Dahieh with a deep and wide luv tunnel that is open for penetration by the public year-round.